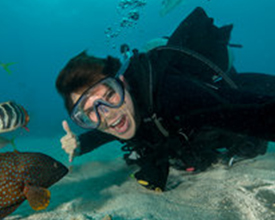 Tom Park is a published underwater and adventure photographer.

Tom combines his background where he was raised by sharks with his passion for photography, creating breathtaking wildlife and landscape

images above and below the water. Tom's clients stem from local-owned diving businesses in Hawaii and on the East Coast of Australia, to

When Tom isn't talking about himself in third person, he loves to work with magazines, where his work has been published in a number of

international adventure, travel, and underwater magazines. While he would love to call himself a professional underwater and landscape

photographer, Tom would prefer that his images and videos did the talking. 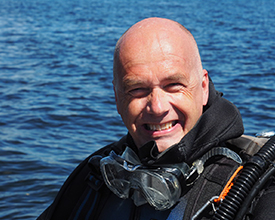 Frank started diving in 1985. At that time dive equipment was pretty much still in development and most dive lights were homemade.

Technical failure of these lights due to leakage was quite common and lights were heavy as well as bulky, as big batteries were necessary to

provide sufficient light for the dive. Since then Frank has made some 2.400 dives under all kind of conditions. From ice diving under subzero

temperatures, heavy currents, fresh and salt water, wrecks and tropical reefs as well as under low visibility. He has been diving with the Great White,

but also has a strong interest is tiny sea creatures like hairy shrimps and the various species of pygmy seahorses. He has been diving in 16 different

Frank is in his free time a Master Instructor and part of his dives are educational dives. He’s co-founder and board member of New Lake Divers (www.newlakedivers.nl) in Amsterdam.

When overseas, Frank always dives together with his video camera, capturing the marine life (www.youtube.com/user/franklame). A number of his videos have been broadcasted, among which by the BBC. 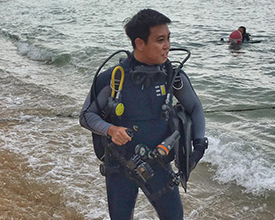 Baron is a seasoned filmmaker with experience as Director Of Photography and Steadicam Operator for feature films and commercials.

He was selected as a Sony Key Opinion Leader for his expertise in the industry. Baron shoots underwater videos and flies drones for tv shows,

which makes him a versatile filmmaker on land, under the sea and in the air.

He owns and manages WolFang Digital, a studio that provides video production services for clients around the world https://www.wolfangdigital.com/

“I’ve been very comfortable filming on land and in the air but the sea presents unique challenges” For Baron, the ocean is where the action’s at.

“Sure it’s tough but the rewards are worth the effort”. Baron enjoys discovering and filming marine life in the blue wonderland

“Every dive is a blue-la-la adventure” 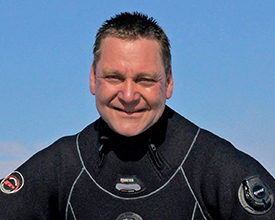 Gerald is an Instructor Trainer at the dive association CMAS Germany (FST) and Instructor at SSI, a photo instructor for several associations,

a Trimix and Rebreather diver, as well as a impassioned ice, wreck and cave diver. Whether tropical, temperate or cool waters, everything that

He has a special commitment to threatened shark species. His favorite marine animal are the graceful hunters of the ocean: fox and blue sharks,

but also the sublime tiger shark.

For the protection of the sea and the animals, he is active in several animal protection organizations and supports them with information and photo

material, which he collects on his worldwide journeys. 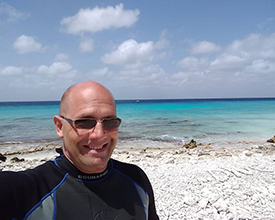 Don Fassbender has been diving the Great Lakes since 1991. Born and raised in Marquette, Michiganhe has extensive experience diving the

south shore of Lake Superior. Don entered the sport as a recreational diver,and now enjoys cleanup dives. He is also fond of exploring

historical wrecks of the Great Lakes.

Underwater Photographer, Scuba instructor, Shark Conservationist and Shark Expert. I love to travel and visit new places. I have been exploring

the underwater world for over 30 years. I love nature and photography. Published in many media and magazines around the word, from National

Geographic and Stern to many Scuba magazines. 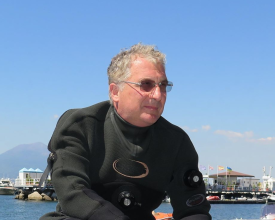 Franco's desire, as a child, was to become an astronaut to go to the moon and space. He did not realize this dream, but he saw in diving the possibility of realizing a part of it: to visit the bottom of the sea and the oceans.

So in the early 90s, he began to discover this magnificent new world, not with a spacesuit, but with fins, mask, and tanks.

This passion has led him to visit many of the most famous and remote paradises in the world (Indonesia, Malaysia, Egypt, Sudan, Arabia, South Africa,

Papua, Micronesia, Peru, Mexico) to try to capture, through his lens, the wonders of the underwater world enticing people to love, respect and explore it!

He collaborates and has collaborated with several companies in the field, including the prestigious National Geographic and many of his photos have been published in international magazines of underwater photography and nature (Unterwasser, Asian Geographic, Asian Diver, Scubashooters) and also exhibited in New York at the ONU.

Over the years he has received many awards through the most important international awards of photography including recently the World Shootout, Images of Asia, Voice of the Ocean, Galathea. Connect : Facebook 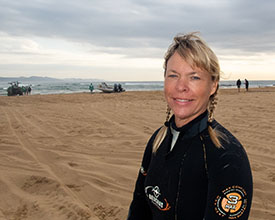 Kate Jonker is an award-winning underwater photographer and writer based in Cape Town, South Africa.  Growing up on the beach in South Africa,

Kate spent much of her childhood surfing and snorkeling and it was only in 2000 that she took up scuba diving. Today, her passion lies with sharing

her love of the ocean and her underwater experiences with others through photography and story telling.

Photography is a fantastic medium in which to create an awareness of the beauty - and plight -of our oceans. Images can stir many emotions and we,

as underwater photographers, have the opportunity to tell visual stories about our underwater world and to encourage its protection and preservation. What we love, we protect. 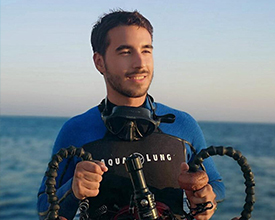 As the Underwater Photography World and European champion, his aim is not only to get emotional pictures, but to show the beauty and richness of

our oceans and create awareness about the importance of protecting it. 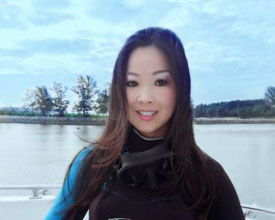 Katherine Lu is an American award-winning photographer currently residing in Singapore.  She is an accomplished businesswoman and has been

diving the world for over 20 years.  Always seeking new challenges, Katherine picked up photography in 2013 and is completely self-taught.  Living

in Singapore and within easy reach of the rich coral triangle, she has developed a speciality in underwater macro photography, but also enjoys

photographing reefscapes and large pelagic species such as sharks and whales when travel opportunities arise. As an underwater photographer,

she enjoys creating artistic interpretations of the beautiful marine creatures, bringing a voice to them in an effort to raise awareness and protect the ocean they live in. 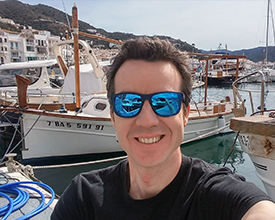 Ferran Sanchez is a Catalonia award-winning photographer based in Barcelona. He has been underwater photographer for more than 15 years.

Through his pictures he shows the best diving sites around the world, and mainly in the Catalonia Coast.

Ferran takes amazing super macro photographs showing the richness of marine life. Moreover, his specialty is the wide-angle photography, where

he is always looking for unexpected compositions and for the best way to integrate his model into the underwater landscape. 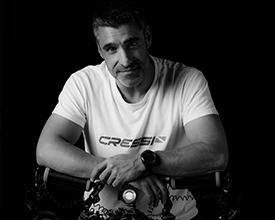 Born in Barcelona in 1980, Ph.D. in Business Management, he always felt a deep connection with the sea and its energy.

In 2016, tired of the business world, he decided to change life and focus his energy only on what he was passionate about.

He learned photography and tried scuba diving, a combination which is just 3 years made this Barcelona citizen a renowned photographer with a promising career.

Currently, he is traveling all over the world searching the best images of our sea bottoms.